Baklava, the other Turkish delight, has enjoyed steadily increasing sales over the past decade. Experts say demand outweighs supply, and baklava masters are hard to come by. They discuss what makes Turkish baklava special.

ISTANBUL, Turkey — Baklava, they say, is a dessert that appeals to the five senses. Forget about using cutlery on such a delicacy. Instead, use your fingertips to signal to your brain the delights to come. Then flip the baklava over and bring it up to your nose, to smell the heady combination of butter, sugar and pistachios.

Bite into it, letting the flavourful bottom stick to the roof of your mouth, while your lower teeth sink into layers of translucent dough that, if made properly, should whisper “hush!” into your mouth. Not too soft, not too brittle… just right. Those are the simple and complex qualities that only the best baklava achieves.

Turkish baklava is enjoying healthy sales figures these days. Exports over the past ten years have more than doubled, from almost $2.4 million in 2007 to over $5.8 million in 2016, according to the Turkish Exporters Assembly. Similarly, the weight of baklava exported rose from over 262 metric tonnes to over 583 metric tonnes during the same period.

Baklava exports rise over the years

Mehmet Yildirim, a baklava master who learned the trade at age 11, and now the president of Turkish Baklava and Pastry Producers Association (BAKTAD), agrees that there is a steady trend of expanding baklava exports.

“In 2001, 2002, the official export numbers for baklava were about $170,000,” Yildirim says, sitting in his restaurant in Basaksehir, on the western outskirts of Istanbul.

“Tourists come [to Turkey], they buy multiple packages, multiple kilos of baklava and take it back to their country,” he points out. “These goods are not recorded because they are [individually purchased and] taken on an airplane.”

If Turkey were to include these sales to individual tourists in the overall export statistics, then figures would be much higher than $5 million, he remarks.

Suleyman Koskeroglu, another veteran of the baklava trade, agrees with Yildirim, saying that all the unreported sales to within the country to tourists travelling back to their country are “at least four or five times the official export figures.”

In his restaurant near Kuyumcukent, a shopping centre in Istanbul geared towards people preparing to get married, he tells TRT World that sales to tourists who leave with “hands full of baklava” are not included in the official calculations.

“Now there’s so much baklava exporting going on that’s not official, the figures can only be calculated if companies keep track themselves,” Koskeroglu says, before conceding that it would be “impossible.”

Koskeroglu can easily rattle off which countries consume baklava the most. He says other Middle Easterners, despite producing baklava in their home countries, buy Turkish baklava because, he says, of the superior quality of the product.

Then there are the Greeks, who “can eat as much as we do at one sitting,” which is high praise coming from Koskeroglu. (He deadpans that the Swiss can only eat baklava by sharing one piece between two adults.) Also on the list of baklava enthusiasts are Germans, Russians, and Americans.

“Then there are the Americans … America has a great passion for eating, they overeat,” he says, keeping a serious face. “They eat a lot, then they need a lot of desert, which they also eat.”

Koskeroglu complains that although official exports are up, local sales to tourists and Turks going abroad are down.

“The tradesmen started seeking alternatives [as tourism fell in the past two years] and started making use of overseas orders [instead] and this increased the official numbers,” is his explanation for the rise in exports.

“The actual sales dropped, because of [lower number of] tourists and locals going overseas to do business,” he argues. “Now when you go overseas [from Turkey] to do business what do you bring? You bring baklava. Well, if you don’t go overseas, how will I sell baklava to you?”

Baklava is a dessert that’s produced in many countries, such as Syria, Saudi Arabia, Jordan and Lebanon. Turkish baklava stands out, however, because the tradition goes back centuries, all the way to the Middle Ages, when, according to culinary historian Charles Perry, Turkish nomads in Central Asia were baking its predecessor, qatma yuvgha, a kind of layered bread made from sheets of dough so thin you could see through them.

Koskeroglu credits the pistachios from the orchards of the southeastern region of Gaziantep, bright green inside, along with the butter from the Harran Plains near the southeastern city of Sanliurfa that is clarified to a high purity before it’s used in the dessert. Then there’s the durum wheat flour, which he says comes from Konya, Gaziantep’s Barak Plains or Sanliurfa.

Yildirim concurs. The flour, the pistachios, and the clarified butter, “these three gifts from God,” he says, are not to be found anywhere else in the world; not of this quality. That’s because the ingredients for baklava come from Turkey’s southwest which falls in the so-called “Fertile Crescent.” He adds that aside from well-selected ingredients, the baklava master has to be highly skilled, too, armed with “years of experience based on hard work.”

Yildirim believes that as baklava is more recognised, exports have increased. The dessert now has the coveted “protected geographical indication (PGI) status” in Europe since 2013, meaning “the quality or reputation of PGI food and beverage products is essentially attributable to the town, region or country where they have been made.”

He says BAKTAD has also worked hard to promote baklava overseas, another factor he agrees has helped increase the exports. Then, he says, there’s the fact that food has become an essential tool to promote a country.

BAKTAD president Mehmet Yildirim has some reservations about the future of baklava. Noting that education in Turkey is now compulsory through to the twelfth grade, until around age 17 or 18, he says baklava companies have trouble finding apprentices to train for the future.

He thinks that while the profession would survive, it would become more reliant on machinery and the quality would suffer. His solution? Vocational schools training teenagers to become future baklava masters.

“If you see baklava being made, you say ‘I really need to savour it,’” he smiles. “Because it’s a labour of love, of patience…”

Koskeroglu says he doesn’t want baklava making to become part of history, and that any trained baklava master can expect to be employed quickly, at a good wage.

“Baklava is a matter of pleasure. Baklava makes people happy,” Koskeroglu says. “Which is why we want and expect our [baklava] masters, then our country’s statespeople to show their support for this profession.” 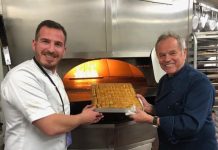 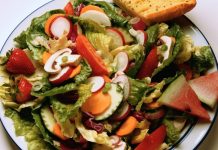 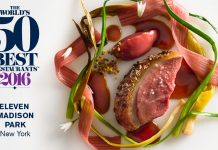