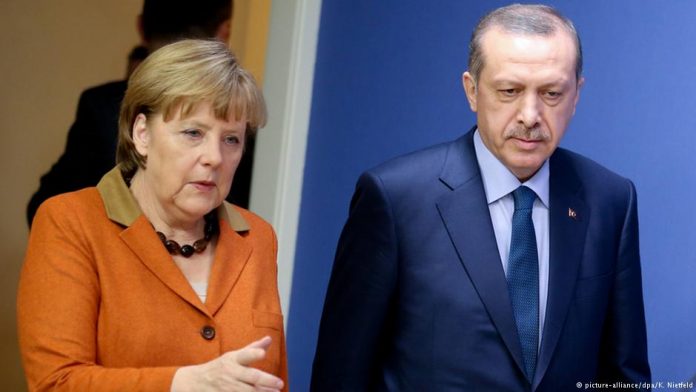 Finance Minister Wolfgang Schauble on Tuesday called on German and Turkish politicians to tone down their rhetoric over Turkish political events in Germany.

“It is in the interest of all of us to now refrain from entering into a competition towards further escalation,” he told journalists in Berlin.

Schauble said the controversy threatened economic ties between the nations and social harmony in Germany.

Nearly 3 million Turkish migrants live in Germany and around half are eligible to vote in the referendum, which could grant wide-ranging powers to the president.

The cancellation of referendum rallies in Germany caused anger in Turkey, with President Recep Tayyip Erdogan comparing it to the Nazi-era.

On Tuesday, organisers in the northern city of Hamburg were told to cancel Turkish Foreign Minister Mevlut Cuvusoglu’s meeting with the local Turkish community.

Last week, a planned rally that was to be addressed by Justice Minister Bekir Bozdag in the southern town of Gaggenau was cancelled at short notice due to alleged security concerns. Economy Minister Nihat Zeybekci’s planned speech on Sunday in the western city of Cologne was also cancelled by the local authority.

Merkel’s spokesman told reporters on Monday the federal government was not involved in any decision by local authorities.

“Public appearances of Turkish government members here in Germany are possible, within the framework of laws and regulations which should be respected here,” he told a news conference in Berlin.

Young Turkish Girl`s Interpretation of Shakespeare in the US